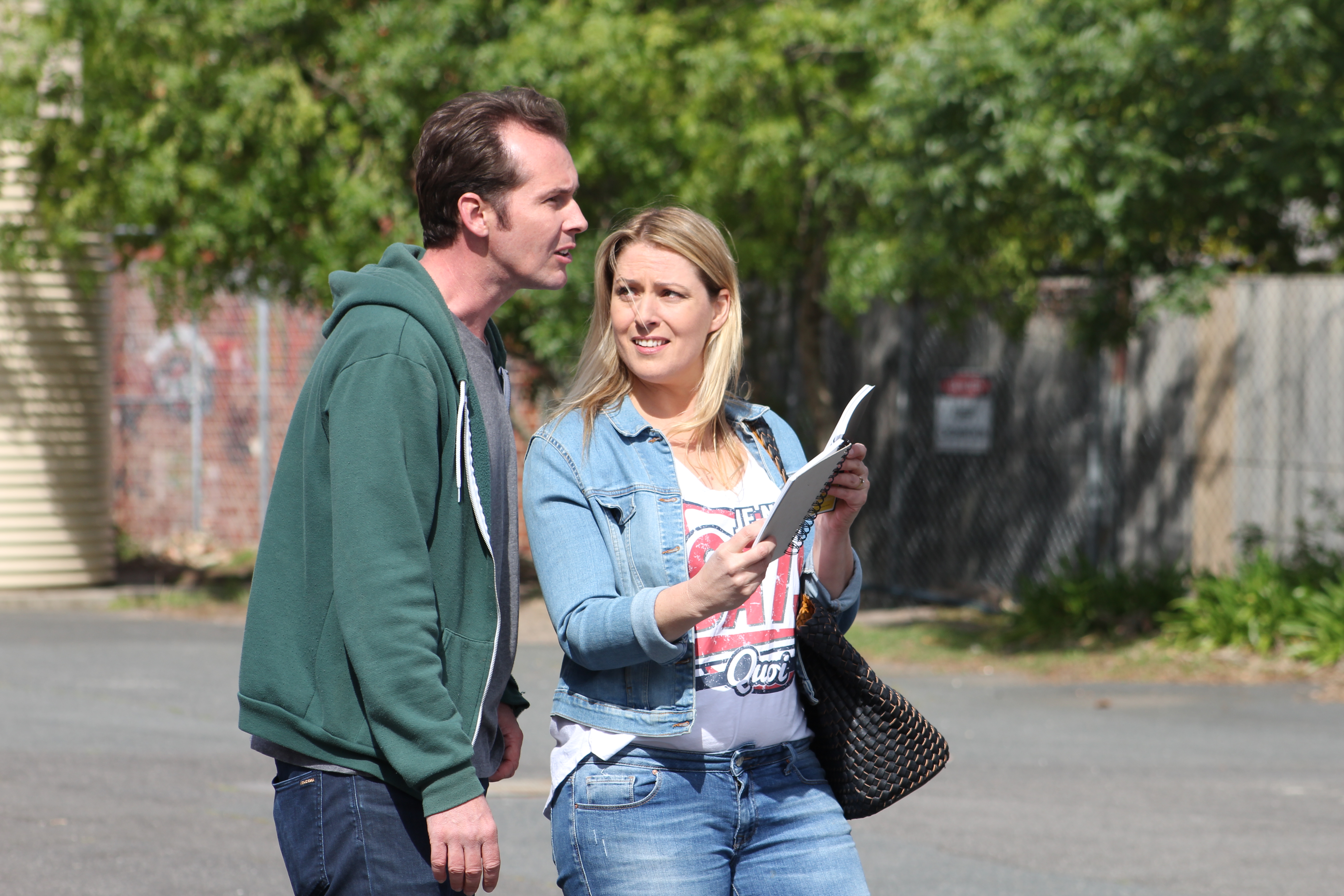 Welcome to Kiss & Go, a Melbourne-based production house run by husband-and-wife team, Fiona Harris and Mike McLeish. Fiona & Mike decided that being married and having two kids just wasn’t fulfilling or chaotic enough, so they made the decision to also become creative collaborators.

At Kiss & Go, our mission is simple: Make Good Stuff With Good People.

We are creators, writers, producers, performers and collaborators who make original, contemporary content for stages and screens of all sizes. 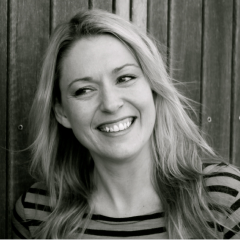 Fiona co-created, co-wrote and co-produced the internationally award-winning comedy web series, The Drop Off, with her husband, Mike McLeish, principally funded by Screen Australia. Channel 9 recently screened The Drop Off as a telemovie and it was adapted into an adult fiction novel with Echo Publishing in 2020. Fiona was head scriptwriter on ABC3 TV’s, Prank Patrol and wrote/co-starred in TV shows, Flipside, Comedy Inc and SkitHouse.

Fiona authored children’s book series, The Super Moopers, three Trolls books for Dreamworks and six children’s books based on the animation series, Miraculous. She has directed numerous artists for Story Box Library, including Shane Jacobson, Justine Clarke and Steve Backshall. In 2019, Fiona directed the 6-part series, Tanya Hennessey Gets a Real Job, for IGTV, worked on both series of Mustangs FC (ABC ME) as a drama coach and as a story consultant on shows like “Bed of Roses”, “The Time of Our Lives” and “Seven Types of Ambiguity”.
Her numerous television acting credits include guest roles in The Beautiful Lie, Upright, Ex-PM, Mr & Mrs Murder, The Time of Our Lives, Offspring, Beaconsfield, Tangle and The Librarians. In 2012 Fiona wrote and performed in the hit comedy show, Plus One, with her husband, Mike McLeish, which performed to sellout audiences in the Melbourne International Comedy Festival. In 2014, she toured with the Australian play, Long Gone Lonesome Cowgirls, and in 2017, Fiona co-starred in the hit Australian play, Spencer, which premiered to great critical and audience response, and toured Australia from June until September in 2019.

Fiona has four books due for release in 2021, including The Pick-up (a sequel to The Drop-off), No Apologies with Sharni Layton, a picture book with AFL footballer, Marcus Bontompelli and soccer superstar, Sam Kerr’s, junior fiction book series.

Mike is best known to Australian audiences for his portrayal of Paul Keating in Casey Bennetto’s hugely successful production of Keating! The Musical. Since Keating!, Mike has appeared in Eddie Perfect’s Shane Warne The Musical and Chunky Move’s Two Faced Bastard, as well as performing with renowned musical improvisation troupe Spontaneous Broadway and writing and performing with subversive cabaret trio The Beautiful Losers.

Mike’s first self-penned solo show, The World is Winning, played to sold-out audiences at the Butterfly Club and the Famous Spiegeltent in Melbourne, and at the Adelaide Cabaret Festival. His next one-man show, Message To My Girls, premiered at the Melbourne Cabaret Festival. Mike starred in the Hayes Theatre Company’s critically acclaimed revival of Nick Enright and Max Lambert’s Miracle City, followed by BIGhART’s sprawling Blue Angel. Mike also played Bruce Woodley in Georgy Girl: The Seekers Musical and most recently co-starred in Beautiful:The Carole King Musical.

As of 2021, Mike is the newly appointed Head of Creative Development at the Michael Cassel Group.